2013 was a great year for the zoo in Copenhagen. They had a whopping 1.432.000 through the gates, a 30% rise on 2012.
2013 saw the opening of The Arctic Ring. The new housing for the polar bears. The illustration today is the tower in the grounds of the Zoologisk Have and of course a polar bear…although I have been informed by my son that the food I have supplied is all wrong…when he went they had just been given a horse’s head! 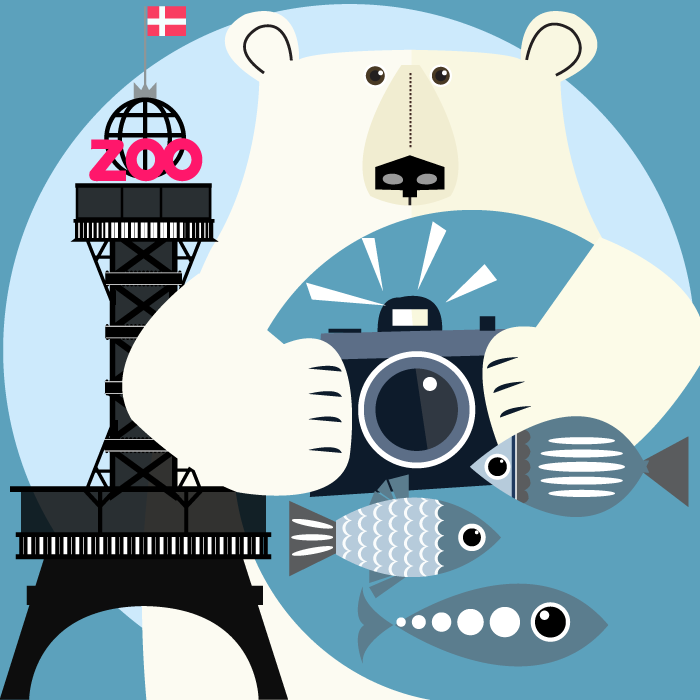